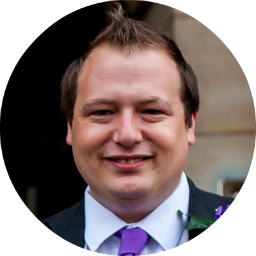 I am a problem solver. My speciality is designing and coding custom applications to help solve businesses' problems. I can improve your business workflow, and provide tools to boost your efficiency and productivity.

I am a highly experienced Web Developer with a wide-ranging background in designing and developing rich Internet applications, websites and databases. For over 15 years, I have deployed a variety of PHP frameworks and other web tools to add value to a wide range of businesses and organisations. I have proved myself to be consistent and reliable with deep technical knowledge, and a passion for learning new technologies.

I am equally happy using my full-stack skills to design, develop and deploy business solutions from start to finish, as I am working in large teams, training and mentoring teams of junior developers, and working across teams, departments, and organisations to find solutions that deliver business priorities. I am proud of my proven track record working with any size of business, from founding web startups, contributing to a range of Open Source projects, working with local charities and community groups, through web agencies delivering solutions for all sizes of business, to my latest role as a Senior Developer for a large multi-national group of companies, delivering powerful and innovative web applications used by thousands of partners across the world.

With 5 global offices, SilverDoor is the world's largest booking agent for serviced apartment accommodation for the business market. My role has been the creation and maintenance of a portfolio of web sites, web applications and backend CMS to support the multiple customer facing brands used within the company. Developing in-house APIs and integrating with third party APIs known as "channel managers", this role is both widely varied and requires deep knowledge of each part of the software stack.

As well as application development, I have had responsibility for training and mentoring junior developers, as well as responsibility for code reviews and handling pull requests from an international development team. I also work closely with project managers and other key stakeholders to ensure that tools I develop meet the needs of the business in the best way possible.

I have built web sites and web applications for both a range of local contacts, and for myself, in my spare time as a way of developing my skills with emerging new technologies.

PinkDylan is a web development agency based in Worcestershire, with a large range of SME clients.

My primary role was the design, development and ongoing maintenance of a bespoke web platform "CMSXtra", which combines a fully-featured e-commerce CMS system with a rapidly reusable front-end architecture, allowing front-end developers to build highly customised dynamic and responsive websites without any knowledge of the underlying backend. Also skills supporting end clients with all manner of support enquiries, from specifying new CMS features, to day-to-day email and hosting support. Experience deploying and managing a fleet of dedicated servers built on the WHM platform.